Hapkido (Korean Martial Art) | One of the best Style to learn

With its flowing, circular movements and philosophy of non-resistance, Hapkido bears striking resemblance to the Japanese martial art of Aikido.

In fact, hap means "harmony," or "joining;" ki describes internal energy, strength, or power; and do means "way" or "art.” Thus, hapkido, which shares the same Chinese characters with aikido, translates as "the way of coordinated power.”

It is a dynamic and uniquely comprehensive Korean martial art that is gaining a huge following around the world as a complete, and incredibly practical, self-defence system.

This is because Hapkido techniques do not require size or strength and, in conflict situations, they allow us to gain complete control with minimal effort and without aggression or injuries to the attacker.

Hapkido originally focused on pressure-point strikes, joint locks and throws, but now, thanks to the influence of hapkido expert Ji Han-jae, it also includes highly refined kicks and hand strikes.

Different hapkido schools emphasize different techniques -- joint locks, pressure points, throws, kicks, and other strikes. However, some core techniques are found in each school (kwan), and all techniques should follow the three principles of hapkido, non-resistance, circular motion and the “water principle.”

Hwa, or non-resistance, is simply the act of remaining relaxed and not directly opposing an opponent's strength.

For example, if an opponent were to push against a hapkido student's chest, rather than resist and push back, the hapkido student would avoid a direct confrontation by moving in the same direction as the push and utilizing the opponent's forward momentum to throw him.

Won, the circular principle, is a way to gain momentum for executing the techniques in a natural and free-flowing manner.

If an opponent attacks in linear motion, as in a punch or knife thrust, the hapkido student would redirect the opponent's force by leading the attack in a circular pattern, thereby adding the attacker's power to his own.

Once he has redirected the power, the hapkido student can execute any of a variety of techniques to incapacitate his attacker.

The hapkido practitioner learns to view an attacker as an "energy entity" rather than as a physical entity. The bigger the person is, the more energy a person has, the better it is for the hapkido student.

Yu, the water principle, can be thought of as the soft, adaptable strength of water. Hapkido is "soft" in that it does not rely on physical force alone, much like water is soft to touch. It is adaptable in that a hapkido master will attempt to deflect an opponent's strike, in a way that is similar to free-flowing water being divided around a stone only to return and envelop it.

On the "hard-soft" scale of martial arts, hapkido stands somewhere in the middle, employing "soft" techniques similar to aikido and "hard" techniques reminiscent of taekwondo and forms of karate. Even the "hard" techniques, though, emphasize circular rather than linear movements.

Hapkido is recognised as the art that introduced dynamic kicking into martial arts and action movies.

Hapkido techniques are also very popular with many of the leading stars, including Jackie Chan, Sammo Hung and Angela Mao.

Hapkido, which doesn’t have any forms, is usually considered a self-defense style rather than a martial sport.

#Hapkido
#Aikido
#hap
#ki
#do
#coordinated power
#self defence
#pressure-point strikes
#Ji Han-jae
#refined kicks
#joint locks
#kwan
#non-resistance
#circular motion
#water principle
#hwa
#won
#Yu
#Jackie Chan
#Sammo Hung
#
Share :
Previous
Next
Comments ( 2 )
O
oker
Sep 11, 2021
This design is steller! You certainly know how to keep a reader amused. Between your wit and your videos, I was almost moved to start my own blog (well, almost...HaHa!) Great job. I really enjoyed what you had to say, and more than that, how you presented it. Too cool!
Y
Yfilmslj
Sep 11, 2021
https://bit.ly/2YCJ8Y2
Categories
All
Ayurveda
Health and Fitness
Martial Arts
Martial Artists
Yoga
General
Latest Post

What is Kundalini Yoga? Mindfulness meditation | Peace of mind
Jul 03, 2021 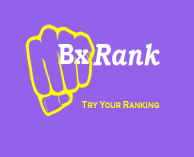 How to do Research Study Chinese Online | BxRank Article
Oct 27, 2020

Why Bruce Lee is The Legend, The Great fighter? His Biography
Jun 04, 2020