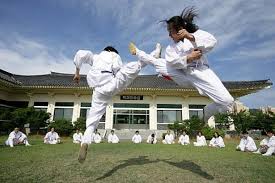 Korea had been closely aligned with China culturally and militarily from 1122 BC. It was at this time that Ch'i Tzu, who refused to swear allegiance to the current dynastic line, left China to form his own state on the Korean Peninsula. Ch'i Tzu introduced the indigenous population to Chinese culture in the form of medicine, magic, and the arts.

In 213 RC. China's emperor Shih Huang-Ti ordered the mass destruction of books in the Kingdom. This would prove to be a benefit to the Korean peninsula. Many of China's scholars fled the country to continue their work. Furthermore, Shih Huang-Ti began building the Great Wall during this period. Again, this provided a boost for migration from China. This migration somehow provided ties that would create the culture and friendship that would be so beneficial to Korea. 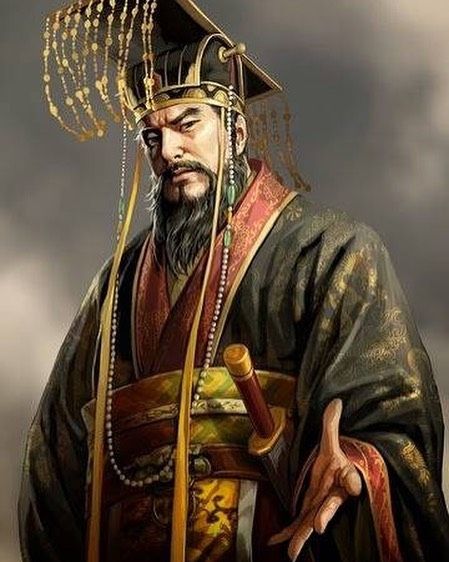 The Three Kingdoms Silla, Koguryo and Paekche, and their military history brought important developments of martial arts. The kingdom of Silla was founded by Park Hyuk Sose (57 RC.) Silla was famous for its hwarang warriors. These knights trained their bodies and minds by engaging in hunting, study, and martial arts.

The Chinese in 37 RC., Ceded control over the territory that would become the kingdom of Koguryo. The people of Koguryo considered national defense to be their main concern, so it is understandable that martial arts were taught to the children of the nobility.

The third nation of the Three Kingdoms, Paekche, which translates as "one hundred crosses over the river", was founded in 18 a. C. by King Onjo. Paekche would be an important channel of commerce and cultural development that would transmit Chinese developments to Japan for years to come.

Due to the warring factions of the Three Kingdoms period, the martial arts were encouraged by the nobility. Skill in the martial arts was instrumental in promoting the generals of this time period. Silla was able to unite the Three Kingdoms in the 6th century AD. In 935 AD the Koryu dynasty was born, a reign that lasted until 1392. During this dynasty, the su bak was practiced as a skill to improve health, a sports activity, and as martial art.

In 1392, General Sung Kye Yi dethrone the Koryo dynasty, and the martial arts demured under the Yi dynasty. During the Yi dynasty there was a period of "civil enlightenment" in which everything related to the army was frowned upon. As civilians gradually replaced military leaders, there was a decrease in military strength.

At the end of the Yi dynasty, martial arts had almost disappeared from Korea. The final blow came with the Japanese government in 1909, when practicing or teaching any of the indigenous martial arts was banned. Taekwondo secretly survived among a remnant of stalwarts going underground. Taekwondo passed a small group of students, such as Kuk Ki Song and III Dong Han. At the same time, many Koreans, oppressed at home, migrated to study and work in other parts of the world, including China and Japan. There was no restriction on the practice of martial arts in Japan or China, so the Korean arts would have been exposed to the arts of these countries. S. H. Cho, author of Korean Karate: Wrestling Techniques (1968 p. 17) affirm that "modern Korean karate, with little influence from Taekwondo, was imported directly from China and also from Okinawa through Japan."

While it is currently unpopular to acknowledge historical connections to martial arts from other countries, one of the most outstanding leaders of Tae Kwon Do, Choi, Hong Hi, author of Tae Kwon Do: The Art of Self Defense (1965 p. 22 ) credits China and Japan for manual techniques that were introduced and combined with the native arts of Korea.

At the end of the Japanese occupation of Korea in 1945, many of the emigrants returned to Korea bringing new ideas with them. During this time five original Kwans (gyms) were formed. Many Koreans wanted to reclaim the ancient art of Tae Kyon, and soon the leaders of various schools organized to integrate Tae Kyon with other martial arts. These early martial arts schools finally gave birth to modern Tae Kwon Do in 1955. According to "Tae Kwon Do Times", the first Kwan inaugurated was Chun Do Kwan in 1945 by On Kook Lee. Later that year Whang Kee founded Moo Duk Kwan Tang Soo Do, and Yon Kue Pyang founded Chi Do Kwan. Two other Kwans were founded between 1953 and 1954: Ji Do Kwan by Gae Byang Yun and Song Moo Kwan by Byung Chik Ro.

Later General Choi Hong Hi along with Nam Tae Hi would found Do Kwan. Do Kwan was established as a military Kwan and taught by and for Army personnel. On April 11, 1955, there was a meeting of Chung Do Kwan instructors to decide on a name to call their national art. Chung Do Kwan was at that time the largest civilian Kwan. General Choi sent the name Tae Kwon Do and was chosen because of his resemblance to Tae Kyon. Tae channel "to strike with the feet", Kwon cite to "to strike" or "to destroy with the hand or the fist", and Do means "way" or "method". At that time, not all of the major Kwan merged with this new name, and have not done so to this day. On September 14, 1961, when the military government took power, Tae Kwon Do groups were ordered to form an organization called the Korean Tae Kwon Do Association, with General Choi chosen as its first president. As President, General Choi sent many demonstration teams and instructors around the world. In Korea, Tae Kwon Do spread from military posts to universities and high schools. Public schools proliferated, all with abundant student enrollment. On March 22, 1966, General Choi founded the International Tae Kwon do Federation, for which he also served as president. He later resigned as KTA president and moved his ITF headquarters to Canada, from where he has concentrated on organizing Tae Kwon Do internationally.

A Young Kim was chosen as the new president of the KTA. Feeling that Korea was the motherland of Tae Kwon Do and that the world headquarters should be located there, he dissolved the ITF's connection to the KTA and on May 28, 1973 created a new international governing body called the World Tae Kwon Do Federation (WTF) The WTF is the officially recognized body of the Korean government.

According to USA TODAY (07/29/85) Tae Kwon Do is "the sport of the 90s ... the fastest growing sport in the world today." Although this is true, it is also true that Sport Tae Kwon Do is a mere shadow of the art of Tae Kwon Do. Art exists independently and transcends sport.

Tae Kwon Do is a balanced body exercise system (or technique system) drafted for self-defense and counterattack in unarmed combat, using hands and feet as weapons. Tae Kwon Do training involves hardening the body by practicing various attack and defense techniques. This unarmed combat system involves the skillful application of punches, jumps, kicks, dodges, blocking and stopping actions, aimed at the goal of neutralizing an aggressor. His techniques are essentially linear movements, but they also include the use of circular movements, throwing and falling techniques.

The original kwans taught forms that were taken directly from the Okinawan style of Sho-Rin and Sho-Rei. These two main styles of martial arts owe their lineage to Chinese martial arts. For the most part, modern Tae Kwon Do practitioners use forms sanctioned by the Kukiwon, World Tae Kwon Do Federation Headquarters, or the International Tae Kwon do Federation. However, some still make use of the older forms like Pyung-an 1-5 (Hei-an or Pinan), Bal Sae (Bassai or Patsai), Chul Ki (Naihanchi or Tekki) Kong sang Goon (Ku San Ku) , etc. These forms according to General Choi are of Japanese and Okinawan origin (Tae Kwon Do: The Art of Self Defense; 1965 p. 216).

While Korean martial arts originally used the Japanese and Okinawan forms, the forms currently in use by the WTF and the ITF were developed after World War II. On January 30, 1967, the Korean Tae Kwon Do Association adopted Taeguk one through eight as official forms of that association. 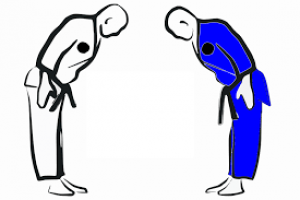 The Difference Between Karate And Tae Kwon Do
Read more

Dermalogica Body Hydrating Cream - What Are The Benefits Of Using It?
Read more 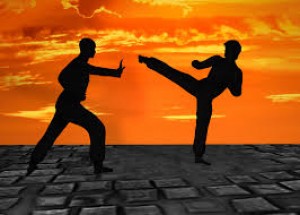