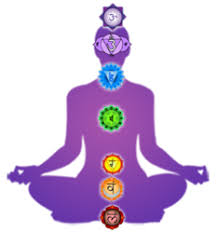 Chakrology is a term introduced by alternative medicine practitioners and New Age philosophers to describe the study of the chakra system, the energy processing centers of the human body identified nearly four thousand years ago by the ancient Hindus.

According to the ancient Hindus, there are thousands of chakra points that make up the chakra system of the human body, but of these, there are seven chakra points that are considered of great importance. This important chakra system consisting of the seven main points is the main energy processing center of our body. As things stand, they are our active connection to our spiritual consciousness and essence.

Each main energy point of our body chakra system has a unique function that contributes to a unique characteristic of our individuality. Although they work independently of each other, at the same time they process the energy they collect towards a common goal: our well-being.

An interesting note to consider is the similarity of all the models used to represent our chakra system, regardless of their philosophical and / or educational background. They all illustrate a connection to our glandular system!

The common representation of our main chakras is a straight line up the length of the spine from the base to the top of the head. Modern representations go one step further and assign the primary colors of the color wheel to each of the seven main energy points for better illustration and to represent particular energy representations as colors also symbolize different energy levels.

Although the energy points of our chakra system cannot be seen, they are considered invisible extensions or doors to the endocrine glands to which they correspond. A chakric malfunction, benign or not, directly affects our endocrinal system and, therefore, our body. Since they are the energy gateways to and from our body, any blockage can also cause our illness and an imbalance in our health.

The positioning and role of the chakras in our totality (physical, mental and emotional) as human beings gives them significant importance in two aspects of our lives: health and disease.

A comprehensive approach to caring for our body is necessary to achieve total well-being. Considering that the nature of our chakra centers is a continuous interaction between them, the environment and our body, it cannot be dissociated from the physical being simply because it cannot be seen. Although this is the case, the physical manifestations of the malfunction are very clear and concrete, since each of our energy centers affects certain parts of our physical and spiritual being.

It is necessary to understand and be aware of the functioning of our chakra centers because more energy is channeled through the first and seventh energy centers. By constantly exercising our chakra points, we can manipulate them to send and receive energy equally.

Read About: Reasons To Quit Smoking That You Probably Know Of 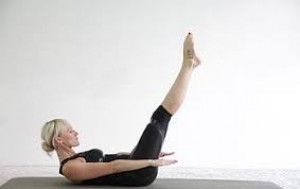